Employer waves the white flag in ‘worker’ case.  Point of no return?

The Independent Workers Union of Great Britain (IWGB) have secured a significant victory in the continuing dispute as to the status of independent contractors and workers in the ‘gig’ economy, in that the employer in a recent case has backed down and conceded without a fight. The union challenged TDL, who provide pathological services for the NHS, arguing that their couriers were not genuine contractors but were ‘workers’, the relevance being that classed as such, they would be entitled to, amongst other things, paid holidays.

Perhaps having taken account of the union’s previous recent success in respect of similar workers engaged by Royal Mail, TDL seem to have recognised that the tide has turned.  However, at the time of writing TDL have not compensated their workers in relation to lost holiday pay and the union is gearing up for a series of claims for back pay.  Perhaps more ominously for the employer, the IWGB have stated their intention to bring claims before the Employment Tribunal arguing that not only are these couriers ‘workers’ but they are also ‘employees’. The implications of a successful case are of course that a range of further rights will be secured with all those statutory rights of employees being granted to these people. Double the trouble on the horizon, which no doubt the likes of Uber and Deliveroo will be watching closely.

Decision that will appeal to employers.

In the recent case of Elmore -v- The Governors of Dowland High School and another, the extent to which the result of an appeal against dismissal must be documented was examined.  In this case the employee had been dismissed following a capability process.  She appealed, and the appeal panel upheld the original decision.  The point at issue was however, when the outcome was communicated, it did not specify in any detail the rationale for the decision to uphold the original decision, which must be unfair, argued the Claimant.  The Employment Appeal Tribunal disagreed, holding that it can be inferred that as the appeal panel upheld the original decision, they did so accepting the original reasons as given in full at that time. This makes documenting the appeal less onerous.

Why in law does the reason for sickness absence matter?

Employers must take a considered approach to managing disability and non-disability related absences at work and must be flexible. In the case of Carrabyne v Department for Work and Pensions the employment tribunal held that the dismissal of a disabled employee on a final written attendance warning following an absence unrelated to her disabilities constituted discrimination arising from disability. Adjustments had been made under the employer’s absence management procedure. However, her review period was due to end on 27th Jan 2016, and she was dismissed following a period of absence from gastric flu from 4th-8th Jan 2016. The tribunal held that this dismissal was unfair as the employer had not taken into account the “whole picture” of her review period. Crucially; she had not been absent at all during her final review period, and this period of gastric flu did not mean she would be absent again in the future. Her disability related absences were taken into account when dismissing her; which if they hadn’t would not have led to dismissal. Further, the effect on the team of her disability and non-disability absences had not been considered. The points to take from this case are that employers should be prepared to be flexible when employees with a disability are on a final written warning for absence from work if a non-disability related absence occurs. Flexibility should be shown if absence levels have improved during the review period generally, and we must stress the importance of documenting the effects the absences have on the productivity of the team throughout the period of absences to substantiate the need for dismissal.

Is the referees decision final?

In the case of Mefful v Citizens Advice Merton and Lambeth Ltd it was held that the employer committed discrimination arising from disability after issuing a reference to a prospective employer disclosing sickness absence records, and answering “no” when asked if they would re-employ him. The sickness records issued were not checked, with periods of absence disclosed where no records were held. Further, there was no internal policy making reference to disclosure of absence records upon termination of employment. The tribunal held that Mr Mefful was treated unfairly by the employer who gave an "unduly selective and misleading impression" knowing their disclosures regarding his absence levels would disadvantage him for prospective employment. The tribunal also upheld Mr Mefful’s claim for victimisation, as the employer had deviated from its referencing policy. We recommend that you have an internal referencing policy in your organisation, and that it is communicated across HR and management. The policy should not be deviated from, even when additional questions are asked.

On 11th July 2017 the Taylor Review into modern working practices named the 'Good Work Report' was published indicating the landmark employment law changes to come to re-define employment relationships. The landscape is unclear and concentrates on the type of 'contract' deployed with the individual.  Do you understand the employment status of your workforce? In our experience, we see many contractors who have long-standing relationships with their Subs, and fail to use a subcontractor agreement. This means that contractors could be exposing themselves to a great deal of risk and liability, including claims in the employment tribunal that they actually meet the legal definition of an employee even if you call them something else.

Contact us to see how we can reduce your liabilities 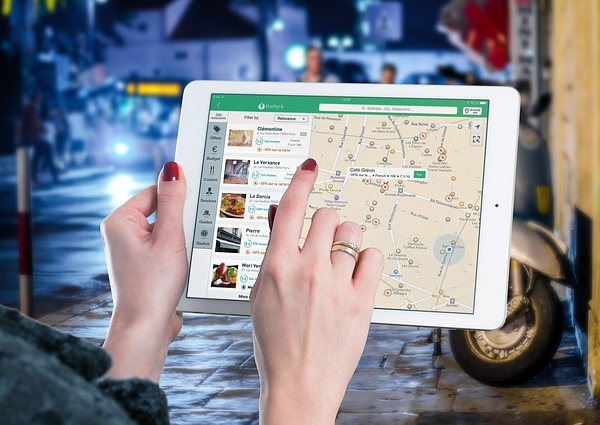