Sorry to get personal, but you're fired!

Let’s be honest, when you recruit that new employee, you are looking for a number of attributes, and personality is only one element.  It is only over time that the true nature of the new employee emerges and the question can present itself as to how can you get rid of someone who is unpleasant, hostile to colleagues and customers or disruptive?

Students and scholars of employment law learn that for a dismissal to be lawful, it must fall into at least one of five categories.  Most, such as conduct, or performance for example are readily understood, but what about SOSR?  To the uninitiated this dismissal ‘for some other substantial reason’ may have something of a feel of a residual bucket whereby if a dismissal doesn’t fit in the first four, perhaps it can be dropped into this one.

To be clear, the category exists simply because when legislating, not every conceivable reason for dismissal can be encompassed, hence this presence of this ‘catch all’ category at the end.  The use of this reason for dismissal has developed in ‘personality’ dismissals following Perkin –v- St Georges Healthcare NHS Trust (2006) where the employer argued that the employee’s awkward and difficult personality was sufficiently serious to dismiss.  He could not be specifically dismissed on conduct or capability grounds – he was good enough in his job.  Following this precedent, a number of employers have successfully argued SOSR where there is an irretrievable breakdown in the relationship, or the proverbial ‘clash of personalities’ arises.  However, on a cautionary note, the breakdown has to be significant and the employer still has to act fairly in the manner of dismissal if claims are to be successfully defended. 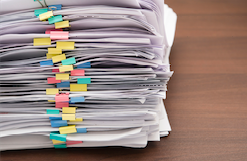 Confidentiality, it is legal?